Today's topic: (i) the role of luck in success and (ii) the strange death of the canteen (7-minute read)

Marcus Wareing, the exact opposite of Gregg Wallace, was on the radio at the weekend. He talked about his career, which followed the reassuring pattern that we have come to expect from successful male chefs born in the 60s and 70s:

This model of success (the Pierre White/Ramsay/Wareing model) is a meritocracy of sorts. It's the kitchen equivalent of the grammar-school-to-elite-university story, another meritocratic model open to working-class and lower middle-class children of the 60s and 70s.

As with all meritocracies, the kitchen one has contingencies and dumb luck hiding underneath the surface: what if these chefs hadn't done home economics at school (most children now don't)? What if there were no jobs in large hotels when they graduated catering college?

We are often blind to these contingencies when we look at our careers and the careers of others. When something good happens, we assume that it was always likely to happen. But in making this assumption, we colour success with a false inevitability. You can see this happen when it's said of someone that they were always going to do great things because of their individual brilliance, or because of their background, or some combination of the two. This isn't the case with illness or death, where we never cease to give unpredictability its due.

I suspect we would be more inclined to believe in the contingency of success if we heard more from those who could have achieved something great but for some unlucky occurrence. The chef that I interviewed is a pretty good example of this - of how bad luck can lead to an early dismissal from the meritocracy game.

When I talked to him, he was working as an agency chef in a bistro. Up until the age of 19, however, his life was all-but identical to Marcus Wareing's (cooking was the only thing he enjoyed at school, fearsome work ethic, did well at catering college, wanted nothing more than to work in a Michelin-starred restaurant). At the age of 19, the lives of the two men diverge. Unlike Wareing, who won a competition to work at the Savoy, the chef I interviewed didn't start at a big hotel upon graduating from college. There weren't any of these hotels close by and he didn't have a car, so he worked in some local restaurants for a few years:

I done my training. I worked in a couple of local places that were easier to make because I didn't have transport.

Factors largely outside of his control drove his decision to work locally, a choice which then affected the shape of his entire career; he went on to adopt the beliefs and ambitions of those who trained him - as we all do - and, in so doing, he lowered his expectations and stepped off the path that would have led to the high-end restaurants of London. I should say, though, that he seemed happy to have done so:

the ones that work in London, at the real higher-end places, are all coke addicts because they need it to to be able to function...

Here's a final thought on the contingent nature of success from Stewart Lee:[1]

"My whole professional life, it seems to me as I enter my sixth decade on this planet, has been an act of cowardly retreat from commitments and opportunities, deludedly disguised as legitimate moral objections, which accidentally coalesced into a successful career."

Marcus Wareing's dad was a fruit and vegetable merchant. Most of his business was in supplying produce for school dinners. This trade suffered in the 1980s when schools cut kitchen staff to save money. This meant more processed food on children's plates, because that sort of lunch required less labour than cooking from scratch, and so it was that the twizzlerisation of Britain's youth began.

You can tell a similar tale of decline about workplace canteens. In 2015, this survey of 351 workplaces found the following:[2]

The works canteen has continued to decline in UK workplaces. Less than half (47%) of 351 union reps said their workplace had a canteen. That is down on the 56% of the 254 union representatives responding to a November 2010 survey and well down on earlier surveys when the proportions were 66% in 2000 and 82% 20 years ago in 1995.

The real figure will be much lower: companies with union reps are more likely to be the sort of workplaces that have canteens.

If we start with the birth of canteens, we should be better able to understand their death.

Before the First World War, the provision of canteens was limited to factories that had philanthropic employers or that were in some sense dangerous, like arsenic works.

The First World War brought new power to the industrial workforce. If the unions were to have gone on strike, it would have brought the British war effort to a halt. Such a strike could not have been broken by imports from abroad (u-boats) or by local strike-breaking labour (any excess manpower was in Flanders).

Workers had leverage: they could name their price when it came to wages. This led the state to seek out ways of blunting the sharpness of future pay demands. Improving productivity was one approach, and here canteens proved successful - factory workers do more when rested and fed (a stunning insight). The number of canteens increased ten-fold over the course of the war. [3]

A similar process played out in the Second World War. Starting from a higher base, the number of canteens doubled to c.11,000 by war's end.[4] Outside of the factory, workplace canteens were accompanied by c.2,000 British Restaurants, state-run communal kitchens that served millions of meals a week between 1940 and 1947, and all for a maximum price of £1.34 in today's money. There were twice as many of these restaurants as there are Starbucks in the UK today. It's strange to think that the state homogenised the British experience of eating decades before American corporations did.

Workplace canteens are the creation of an industrial world. They spread when employees have the whip hand, and where there is a real concern that, without the canteen, workers would not eat enough to work properly. When these conditions ceased to exist after the Second World War, so too did canteens.

Fifty years of deindustrialisation: workplaces are smaller and less dangerous now. Therefore, the relative cost of a canteen is higher and the need is lower. Eating your lunch in front of a screen is safer than eating it on the shop floor of an arsenic factory.

We're no longer hungry: there is no need for a workplace canteen. It is easier than ever to consume calories quickly on your lunch break. Microwaves. Supermarkets. Coffee shops. Fast food shops. None of these things existed in the golden age of canteens.

Our expectations have changed: consumer capitalism is all about unbounded choice. A canteen with one or two options seems terrible compared to the high street or Deliveroo. And if we demand more choices from the canteen, then it becomes so expensive that we might as well eat out anyway.

Royal Mail still have subsidised canteens, but people are stopping using them because of the lack of choice:

They do sausage, beans, eggs, you know you name it, but a lot of people now are porridge and apples for breakfast.

I fall foul of that. I don't really have fry ups anymore. As much as I love em... You've got to walk round for hours with that in you.

We feel busier: we eat at our desks more than we used to. There's an anxiety about stepping away from one's desk that never used to be there, which is probably a symptom of work becoming, or at least feeling, more intense: 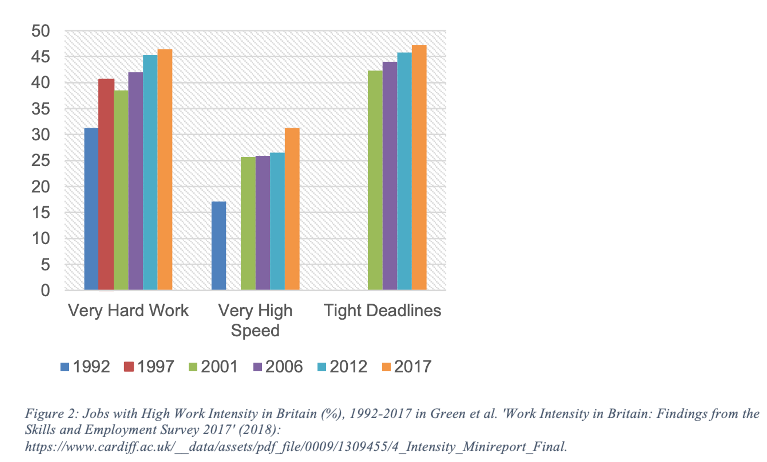 We gain certain things by living canteenless lives - greater choice, more time to work, trips outside the office - that sort of thing. But, of course, there's a social loss in our failure to devote time each day to sit and eat with our colleagues. If you were to take the time to add it all up, you'd find that in each workday there is far less of all the good and fun things that flow from shared human experience - laughter, gossip, plotting, flirting, consoling and the like. If we stopped using canteens because they felt too much like grey homogeneity, then we've replaced the greyness with an even darker individualism.

Many haven't been so hasty in ditching the communal lunch. Before Covid, it was against the law to eat at your desk in France. There has also been a canteen arms race in those industries that are anxious either to retain their staff or to keep them in the office for longer. Investment banks, law firms, FAANG: all have kept the canteen dream alive.

Newly-tightened labour markets may arrest the canteenic decline. Employees can make demands of their employers that they couldn't make in 2019: why not ask for a good canteen? I think I'd work for any employer, in any job, if they did a hot main and a salad for, say, half the price of a supermarket meal deal.

Besides being something that employees might want, canteens are useful to employers in other ways. The endless research about healthy lunches helping schoolchildren study applies to office workers, too. And to this pile of pro-canteen research, you can add the many studies about the benefits of communal eating.

If flexible working means that employees spend less and less time together, then perhaps the time they do spend together should be meaningful, and there's nothing more so than the breaking of bread.

That's all from me. I hope you all have a good week. 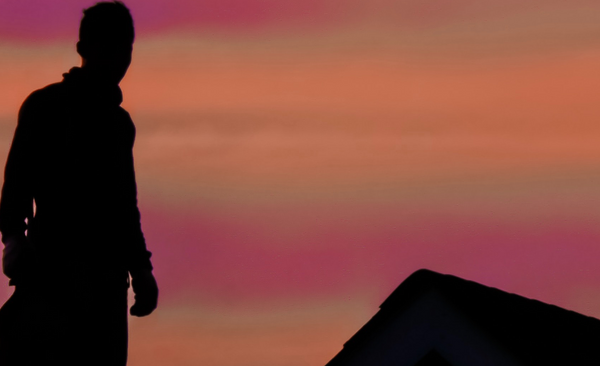 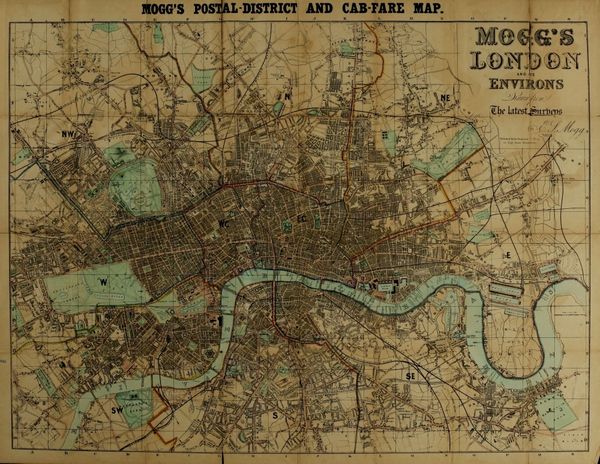 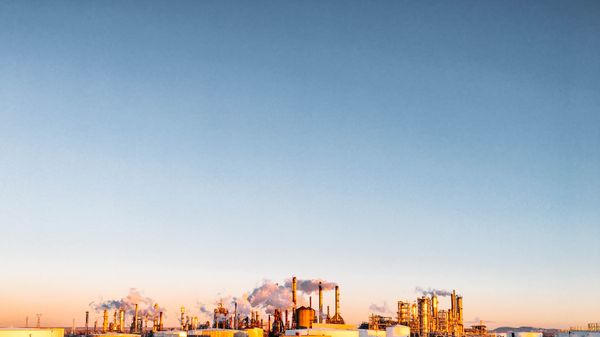